What do you do when your annual awards event meets a pandemic? This was the question faced by the Greater Sudbury Chamber of Commerce. For over two decades, they’ve held a very successful business awards ceremony: The Bell Business Excellence Awards.

Cancelling for the year and waiting it out was one option. Instead, the chamber decided to make the 2020 Bell Business Excellence Awards a video streamed virtual event.

Petryna Advertising has been the chamber’s Agency of Record for several years. We’ve helped for years by producing videos that are shown on large screens at the event venue. These videos have formed the centrepiece of the awards presentation.

The video features an introduction from each of the 10 award sponsors. This is followed by clips of the three finalists in each award category. The video gives the audience a personal look at each of the nominees. This helps maintain the pace and excitement of the event.

The award sponsor would come to the stage after each award video to announce the winner. Then they would invite them to the stage to accept the award.

Our experience with using video to “anchor” the award event gave us a headstart in developing an online virtual event. In addition, the BEA title sponsor, Bell, stepped up to help the cause. They offered to live stream the event and promote it on their CTV television network.

Production of the award show video proceeded pretty much as it had before, with nominees scheduled for in-studio interviews.

Of course, social distancing, mask wearing, and sanitizing added a bit of extra complexity to the studio tapings. But overall the process went as smoothly as ever.

The big challenge was maintaining the excitement and surprise of the award announcement for both the nominees and the audience.

We decided that the three nominees in each category would participate in a Zoom call with the award sponsor. As we’d done in years past, the sponsor would announce the winner. Then, they would give the winner a chance to say a few words to the audience.

In essence, we created a virtual event that largely followed the format of the traditional live award evening. Chamber President and CEO Debbi Nicholson emceed the event and introduced each segment. The effect was very similar to what was traditionally done when the event was held live at the Caruso Club.

Our pre-recorded video presentation then introduced the award sponsor and three nominees. This year, however, rather than going to a live, on-stage presentation of the award, we broke away to a Zoom call for the winner announcement. Afterward, Debbi resumed her emcee role and we went on to the next award segment.

The COVID pandemic has interrupted just about every facet of our lives, but most notably large public gatherings. Thanks to some creative collaboration between the Greater Sudbury Chamber of Commerce, Business Excellence Awards title sponsor Bell and Petryna Adverting, we managed to maintain an unbroken string of 23 annual Bell Business Excellence Award events. 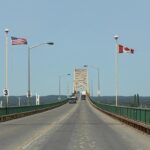 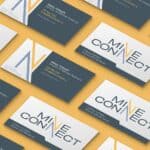 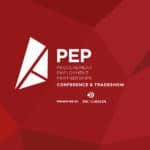